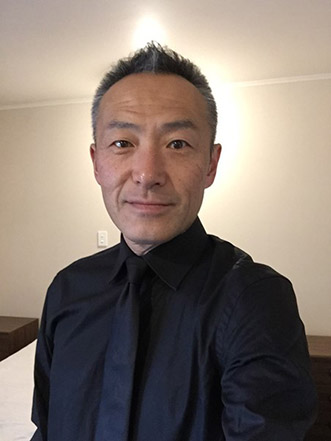 Haruo Goto is a respected Suzuki teacher and teacher trainer who migrated to Australia in 1988 after studying with Dr Shinichi Suzuki and graduating from the Talent Education Institute in Matsumoto, Japan.

Haruo has a large studio in Sydney and teaches regularly at workshops around Australia, also giving master classes and teacher training in New Zealand, Japan and Europe. 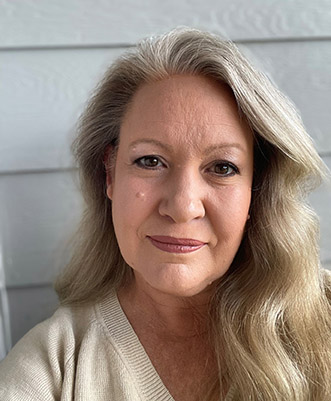 Tracy started violin at the age of seven with Alan Tooke in Lithgow. The Suzuki method was very new, particularly in regional areas, but the community flourished.

Studying also with Gillian Churchill and Harold Brissenden, she received her LMUSA at the age of 16 and furthered her education at the Conservatorium of Music in Sydney under Mr Harry Kirby, receiving a Bachelor of Music in performance.

A successful audition with Cameron Macintosh and the musical Phantom of the Opera in 1994 led to a rewarding career of over 25 years in music theatre. Tracy has been the violinist for Les Miserables, Aladdin, Miss Saigon, Book of Mormon and Chicago, to name a few.

Tracy currently holds the position of Head of Strings at Moriah College in Bondi. Suzuki teaching has been a large part of her career.

Tracy is passionate about teaching students of all abilities.

She regularly attends professional development courses at home and overseas.

She has been fortunate to be a regular attendee at The Starling-Delay Symposium in New York, which is convened by Brian Lewis.

She has enjoyed invitations to lecture as a diploma qualified teacher trainer for the Suzuki association, teaching in Japan and throughout Australia. 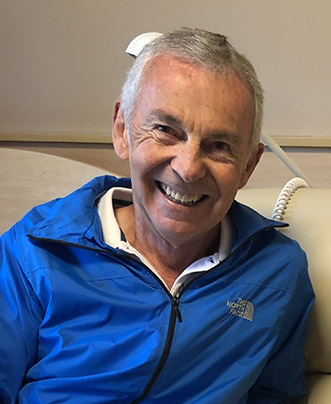 My name is Ray Palmer and although not a Suzuki teacher, I have come to know Dr Suzuki and his method as a parent and now, grandparent.

Twenty-eight years ago, I had the privilege of meeting Mr Yasuki Nakamura and entrusting him with the instrumental education of my daughter. I witnessed first-hand the value of the gift of music for our children.

In recent years, as a means of repaying my debt of gratitude, I have become involved with the Suzuki association as a board member and past president – to assist in the advancement of the method and those values and qualities that Dr Suzuki espoused throughout his life.

I am now delighted that several of my grandchildren have the opportunity of learning to play and perform a variety of instruments by teachers trained in the Suzuki method, who in their interaction with parents, help develop in the students, beautiful, kind, generous, sensitive, respectful, noble human beings. 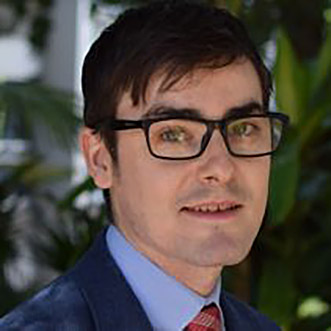 Braxton Neate completed his undergraduate and postgraduate studies at the Queensland Conservatorium, Griffith University where he studied cello under Mei-Lee and Markus Stocker and string pedagogy with Elizabeth Morgan AM, obtaining a Bachelor of Music and Master of Music Studies in cello performance.

Braxton first came into contact with Talent Education when he read Dr Suzuki’s book Nurtured by Love during his studies. He found the book very moving and Dr Suzuki’s mission resonated with him deeply. Braxton started training as a Suzuki teacher in 2010 with Belinda Manwaring and continues under the guidance of Takao Mizushima since relocating to Sydney in 2019. Together with his wife Riri Matsuyama (violin), he now has a busy Suzuki studio in the North Shore area.

Braxton has previously served on the STEAA and AUSTA committees in Queensland and was the Vice President (Teacher) of STEAA (NSW) from 2020-2021. 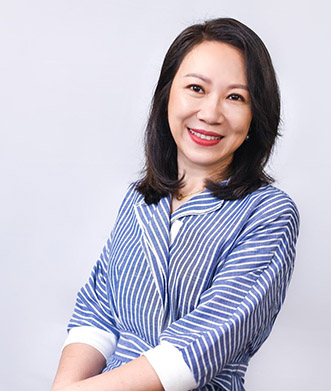 Carolyn is the founder and managing director of ATF Professionals, a public practice accounting firm. She has 18 years of broad experience in tax compliance and business consulting services. Her background in financial accounting, taxation and investments has enabled her to serve hundreds of business clients in various industries.

Carolyn is a fellow of IPA, registered tax agent, registered ASIC and Justice of the Peace. She has been a proud Suzuki parent for 10 years. 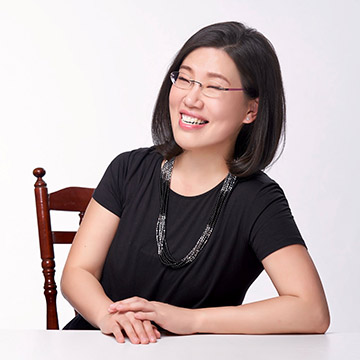 Sophie L Chalk was born in Taiwan and studied piano performance under Gabor Rosza and John Luxton at the Canberra School of Music, Australian National University.

She has travelled the world to study under many influential pianists and teachers. Among these are concert pianist Ruth Slenczynska, Suzuki piano teacher trainers Sheila Warby, Erica Booker, Caroline Fraser and the founder of Suzuki Early Childhood Education, Dorothy Jones.

One of Sophie’s goals is to nurture the next generation through music and provide children with the foundation to grow into sensible and noble human beings.

During the northern summer, Sophie is also the assistant teacher and the administrator at HNU Suzuki Piano Teacher Training Institute in Oakland, USA. Sophie has taught at and presented workshops in Sydney, Brisbane, Gold Coast, Melbourne, Perth, Taipei, Oslo, San Francisco and, more recently, at the 1st Suzuki Convention of the Americas in Cancun, Mexico and the 35th Suzuki International Music Festival in Lima, Peru.

Sophie has been on the Suzuki board since 2016. 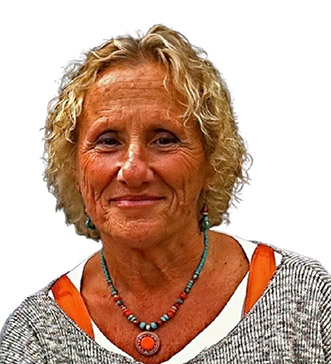 She resides on the Sunshine Coast, where she runs a Suzuki studio. Zohara is an international tutor and speaker and has given teacher training courses, workshops, master classes and lectures in Australia, New Zealand, Asia, Europe, the US, and Israel.

Zohara specialises in nurturing parents as partners in the learning process and offers parent education courses and seminars to parents and teachers around the world. She gives online courses, seminars, and training to make the teaching accessible globally.

Zohara believes in the potential of every child and says that “if more children learn to play an instrument from an early age, the world will be a better place to live in”. She sees music and music education as a unique opportunity to build ideas of understanding and mutual respect between people, cultures and nations. 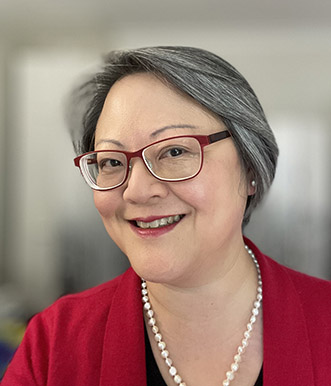 Stephanie Owen has served on the Suzuki board since 2015. She is passionate about the Suzuki movement because of the gift it has given her family.

She became a member in 2005 when her then three-year-old son started violin lessons with Yasuki Nakamura. An “average” student in Suzuki terms, with no special musical “pedigree” on either side of the family, her son took four years to graduate from Level 1.

Yet, imbued with a deep love of music through the Suzuki method, he eventually went on to become a lead performer in several elite school orchestras and achieved excellent results in HSC Music. He is now majoring in Composition at the Sydney Conservatorium of Music and has featured in the Artology Fanfare Competition for young composers.

Stephanie has extensive business and governance experience. Currently working at Microsoft Consulting as Principal Account Delivery Executive, she has 30+ years’ experience as an executive and consultant, primarily in the areas of information technology and risk management.

She has served as a group IT executive at St Vincent’s Health Australia where she headed up the areas of data, cybersecurity, strategy and architecture.

She has also served as interim CIO of NSW Ambulance, and held several Risk Management executive roles at major Australian banks and insurers. Having started her career at IBM and Deloitte, Stephanie has a Bachelor of Computer Science (Sydney) and an MBA from Macquarie Graduate School of Management.

A Graduate member of the Australian Institute of Company Directors (GAICD), Stephanie also serves on the Board Technology and Cybersecurity Risk Subcommittee for the Australian Red Cross. 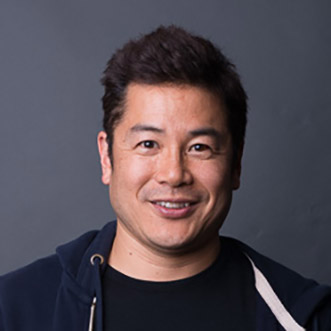 Masaki Nakamura began learning violin at the age of six from his father, Yasuki Nakamura, and later from Harold Brissenden through the Suzuki method.

He obtained his A Mus A and L Mus A Diplomas (AMEB) as a teenager.

As an orchestral performer, he has experienced notable performances at Carnegie Hall (New York), Albert Hall (London), Ohji Hall (Tokyo), The Concertgebouw (Amsterdam) and all around Australia.

Juggling teaching and performing, Masaki has also been writing his own compositions and performing them throughout Japan as an artist.

He has collaborated and performed with top professional performers in Japan, including Terumasa Hino, Jun Fukamachi, Go Nakajima, and many more, crossing over all genres of music.

As a Suzuki raised and trained teacher, he is in high demand to teach both locally and internationally in workshops and conferences.

With over 30 years’ experience in teaching and working with children, he has taught in New Zealand, Singapore, Korea, Japan and all throughout Australia.

Masaki resides in Balmain with his wife Laura McDonald and their children Beatrice, Dylan and Charlie.

Masaki has always believed in the Suzuki philosophy that all children are born with the potential to develop their musical ability to a high level. By giving them the best teaching and nurturing environment, and through music, we can bring up people with beautiful hearts and minds.